For more information
or to Book a Trip call:

If you don't get us, please leave a message. We are probably out fishing and will call you back.
Rivers & Streams
Private Water
Best Time to Fish
Home Page 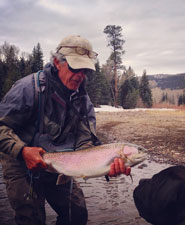 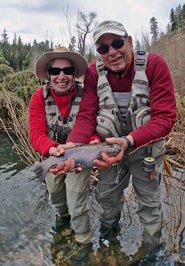 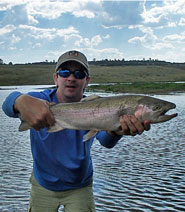 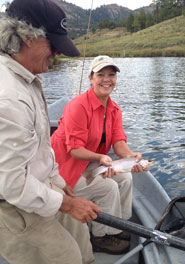 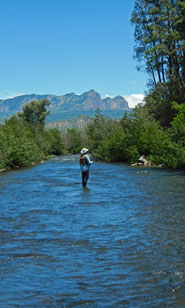 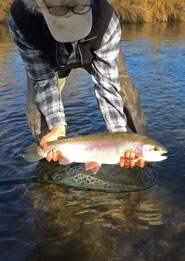 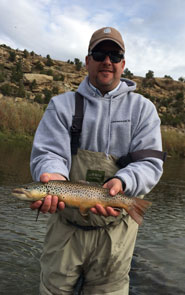 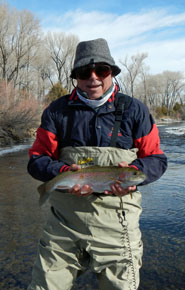 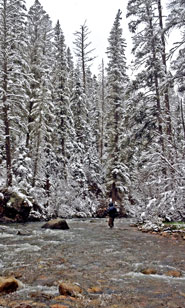 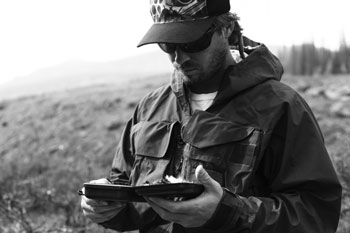 One of the most common questions we are asked is "when is the best time of the year to fish in northern New Mexico and southern Colorado"? 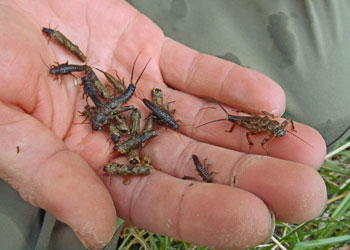 The fish start to get more active as winter turns into spring and the days get longer and the air and water temperatures begin to warm up. Many aquatic insects, that are the prime food source for most trout, start to move about after being dormant throughout the winter. This causes the fish to feed more than they have during the past few months. The fish will tend to start moving out of the deeper holes where they have spent the winter into the shallower, 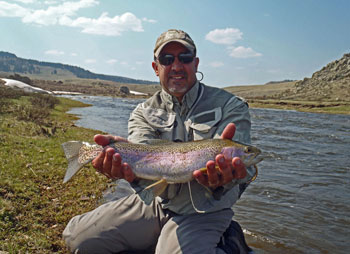 warmer areas of the rivers and lakes. Ice-out (when the ice melts) is one of the best times of year for fishing on Northern New Mexico's lakes and ponds as most of them have not been fished on throughout the winter. The warmer weather and good fishing conditions in the springtime are typically governed by degree of altitude, with the lower areas warming up first. This means that the streams and rivers at lower altitudes will be fishing well while those that are higher up may still be covered with snow. As the snow starts to melt in the mountains, many rivers and streams can have very high water conditions due to run-off. Often the run-off will be occurring in individual spots in specific drainages so there is usually always somewhere to go fishing where the water levels aren't too high. This is a great time of year to target the tailwater stretches of the Chama and the San Juan Rivers where the water flows are regulated by the releases from the dams. Springtime is also when rainbow trout spawn which causes them to become quite aggressive and makes the larger fish easier to catch. 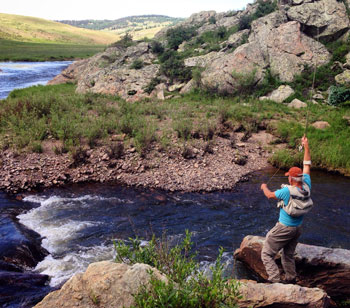 Typically the run-off conditions have subsided by the beginning of June and the fishing is excellent throughout the region in all types of water and locations. The water temperature in the rivers and lakes is still cool and the fish are hungry and strong. Mid-June is when the large stoneflies start to hatch in many areas giving anglers some great top-water action with large dry flies. Larger trout often smash these bigger bugs with abandon; this is quite a thrill! As June moves into July the high alpine meadow areas start to fish really well. The grasshoppers are everywhere and they become one of the prime food sources for hungry trout. Dry fly action with grasshopper patterns can be phenomenal in most locations. Northern New Mexico and southern Colorado have some of the most beautiful and remote mountain streams and rivers in the western United States with mid to late summer being the best time of year to target them. At the higher altitudes up in the mountains, the air and water temperatures are pleasant so one doesn't usually need to wear wading gear. Fishing these areas during this time of year is a great way to beat the summer heat. With so many headwaters, smaller streams and lakes that are off the beaten path, anglers can almost always find a spot to be alone, out in some gorgeous country. In August all manner of rigs will be working which gives anglers the opportunity to try their luck with both sub-surface and top-water fishing techniques. 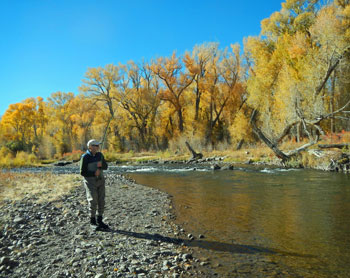 The fall is possibly the best season to fish in our area. The weather is perfect and the fish really start to try and pack on calories for the winter which means they tend to bite really well. As the first frosts start to show up in the high country, the fishing gets better in the larger sections of the streams and rivers at slightly lower elevations. The fishing in the area's lakes turns on again as the water temperatures start to drop. Lake fish that typically are down deep during the heat of the summer begin to come up again and cruise the edges looking for food. In September dry flies still work well but, as the air starts to cool off even more into October, nymphs and streamers take over as the most productive fly patterns. The fall is when the large brown trout start to think about spawning. These bigger fish are very hard to catch until this time of year when they become very "fired-up" and easier to hook. The males often get the classic hooked jaw known as a kipe and exhibit bright spawning colors. This is also the prime time to fish the lakes, rivers and streams in the Chama area where good fishing typically lasts into early December. Along with the great fishing, the landscape is incredible with the aspen's and cottonwood's leaves turning bright gold and yellow. Most people associate the fall in Northern New Mexico with elk and deer hunting; they should add epic fly fishing to the list. 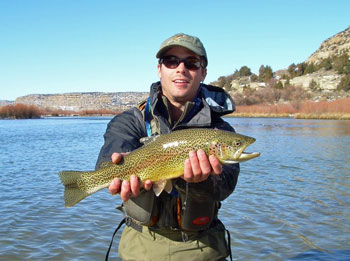 Fall fishing can continue to be good into early December, depending on how cold it gets. If the temperatures drop significantly the fishing will slow down in many locations. This is not to say the fishing is finished until the spring - far from it. Certain rivers such as the San Juan, the lower Chama, the Red and the Rio Grande offer great fishing throughout the winter. The only caveat is the weather. Northern New Mexico can be very cold but, when the sun is out and there isn't much wind, the conditions can be quite pleasant. If one dresses well and prepares for the elements, a great day of fishing can be had anytime throughout the winter months. Probably the biggest benefit to fishing in the winter is that, in popular locations such as the San Juan River, anglers can often have the water to themselves. The winter is also the very best time of the year to target large pike on the Rio Grande and cuttbows on the Red River. During the winter the fish don't say they are done for the year - just a lot of the fishermen do.


Check us out on: